In the 90s, people where  looking for high-speed barcode to scan device faster and qr code code came origin was started by Wave Denso corporation in Japan.

History has it that QR code originated from Japan in 1994 by Masahiro Hara in WAVE DENSO subsidiary of Toyota company.

Invented to enable fast high-speed component scanning by helping track vehicles when manufacturing.
Although, barcode was trending back then in Japan as early as 90s.
Supermarket and renowned stock management industries were having difficulty towards its usage.

Because it could encode not fewer than 20 alphanumerical characters. Also, it’s 1D (1demensional) in nature.

With barcodes, information is coded in one direction (one dimension) only. With 2D codes, on the other hand, information is coded in two directions: across and up/down., Out of a strong desire to develop a code that could be read easily as well as being capable of holding a great deal of information, Hara set out to develop a new 2D code. He dared to try this with only one other person as his team member.- QRCODE.COM

Research upon research started to develop better and faster technology to manage stock in big stores and supermarket.
When WAVE DENSO automobile invented QR Code it became acceptable by supermarket and grocery stores. Though not really invented for general use.

For transaction purposes in the supermarket. Since pieces of information will be transited from media to quickly read on cell phone.

Originally QR code was for Wave Denso.
It was design or invented to replace Barcode slow transaction process and limitation.
Wave Denso automobile company team first launched QR code after severally trials in 1994. However, it was meant for the company’s usages. 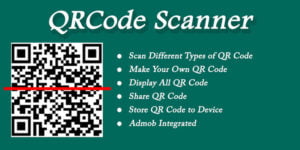 What exactly is QR code?

A QR code (abbreviated from Quick Response code) is a type of matrix barcode (or two-dimensional barcode) first designed in 1994 for the automotive industry in Japan. –Wikipedia

“Barcode is machine-readable optical label that contains information about the item to which it is attached.”
Very unique regarding its performance, alongside kanji representation.
Barcode was very slow following its ability to hold only 20 alpha numerical characters.

But QR code holds up to 7089 digits with other special characters.
The need to count high speed data with barcode scanning which requires efficient performance for scientist or manufacturer’s. Made Denso Team lead by Masahiro decided to take the bull by the horn.
Though, many challenges came in the process of invention with many critics opposing QR code idea.
After its invention, royalty was made free to enable its usage reach global audience.

Admittedly, many industries started integrating this QR code into their system making barcode usage gradually going into extinction. Since its has ability to read pieces of media information quickly on cell phone its popularity became widespread.

From Japan to Asia and moved gradually to the rest of world. Now we have many versions of it across the globe. Still having more.

This technology was first brought into Smartphone by Nokia in 2002, then other smart phone companies followed suit. 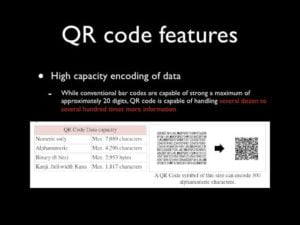 It can read about 7000 digits correctly with other special characters.
It can compress data to reasonable size thereby reducing space.
Represent data in 1/30space against barcode
Up to 30% of damage code words recovery
It can effectively contain kanji representation which is Japanese characters.
High density and high speed reading with error correction ability.

Many variation of QR Codes are listed below

QR Code usage is endless, as the application kept increasing by the

If I were to write all about QR Code this article will never be exhausted.

Nevertheless, make your comment known to us let’s here hear what you know about QR Code.

36 thoughts on “QR CODE AND ITS ORIGIN”